A downloadable game for Windows, macOS, and Linux

In the aftermath of destiny, at the precipice of fate,
a tale that was never meant to be told awaits its chance to be heard.

You may not know these catacombs, but those who came before knew that you would one day set foot here. For their sake, you must discover what became of them, and what secrets lured those whose bodies now line the halls...

Untold was made for the nineteenth Godot Wild Jam.
You can view the source code here, and listen to the soundtrack here.

I spent most of my time frenetically pressing arrow keys until I found the next part. I would have been more careful if the bodies rose up in my back.

Great simulator of “I don’t know where I misplaced this item, and I’m looking everywhere except the single place where it is”. So it reminded me too much of my daily life to be truly enjoyable unfortunately.

Got too frustrated on 3rd or 4th level because I could not find a map. I can’t bother making my own and I don’t have the spatial memory necessary

Truly amazing work! I felt strong almost lovecraftian atmosphere. I need to return to this one since i did found only one secret.

An outstanding little masterpiece. The sound, the music, the artwork... it's all simplistic, yet beautiful. The clunky controls don't feel like a nuisance, they're very much in sync with the game's retro aesthetic and are easy to adjust to. The gameplay was so primitive, but for some reason it never felt boring and repetitive, perhaps due to everything feeling intuitive and familiar in a weird way, like a very simple exploration formula with slight variations that kept going exactly as long as it was supposed to, I was never lost even when it seemed like I looped around the same passage twice, the mystery of what lies at the end definitely kept me hooked. Every action is accompanied by juicy, satisfying noises, without them the experience wouldn't be as immersive or polished. And the ending... For some reason, even though the text seems like it can be interpreted in thousands of ways and doesn't exactly answer any questions, it still felt like an achievement, as if you've resolved something, your labour payed off in the end. Honestly, I cannot fully express how nice and refreshing your game was, but I hope 5 stars encourage you to keep mastering your creed and, above all else, enjoying the process!

Please add the open source tag so that game can be found much easier! and so that people like me can start playing it sooner! Other than that keep up with good work!

Pretty dang cool. Was this by any chance inspired by the game Orc and Elves?

Thanks! The inspiration was actually a game on the Amiga called Dungeon Master. It's a fairly loose adaptation, because I've never actually played that game: I saw it in an Ashens video a while ago and the concept stuck with me.

Great game with very nice artstyle and sound. I was much more hooked than I initially expected and replayed it twice, once to get all three secrets and a second time to decipher the message. I think I finally figured out what it says: https://pastebin.com/F3gYzMGt

Edit: Ah man, Not A Player already had it figured out ^^

Thank you for playing! I'm really glad you enjoyed it, despite the audio cutting out. I'm not sure what's causing that... 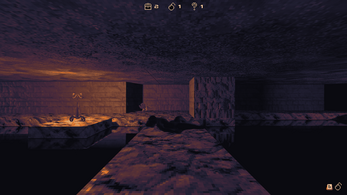 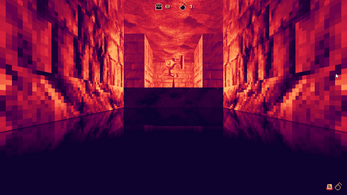 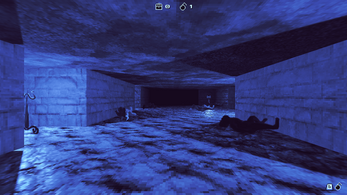